Thank you! Your submission has been received!

We will be in touch shortly when we will gather more information and collect any documentation you may have.
Oops! Something went wrong while submitting the form.

Richard Irvin and Intellicore: maintaining a partnership that spans over a decade

Long-lasting partnerships are something that the Intellicore team thrive on and one of our longest success stories has been with Richard Irvin a leading technical facilities' management business that provides a large scope of services for commercial property and housing. 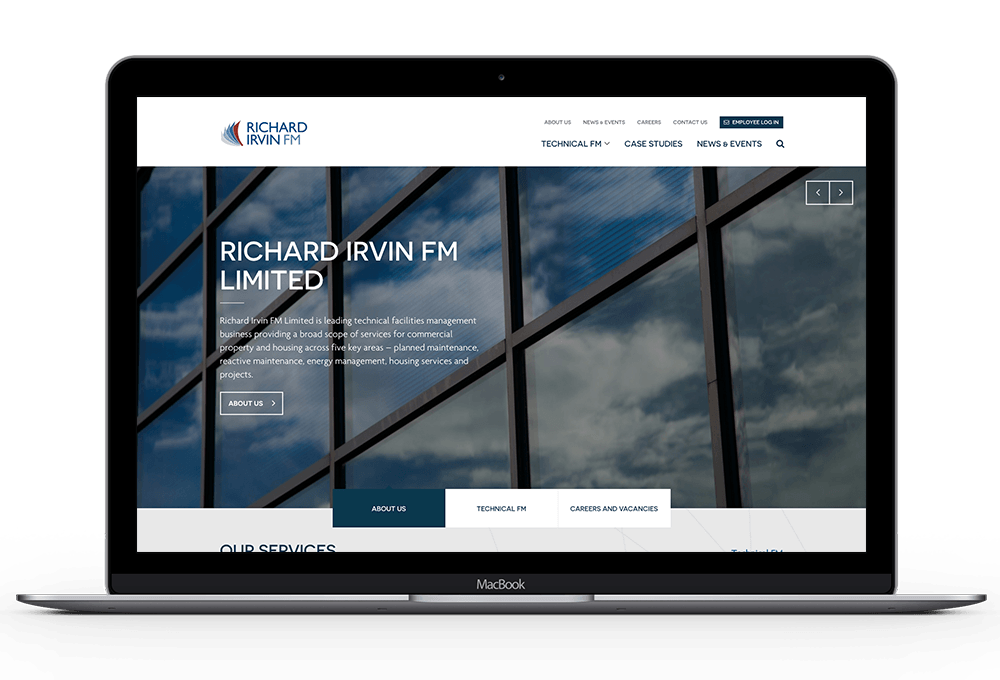 One of our longest running clients is Richard Irvin. The teams have worked together in a partnership that has enabled us to create end-to-end business management solutions that can streamline and automate processes for the Richard Irvin team.

The relationship works incredibly well as both companies share the same business acumen as each other and in the last decade, Intellicore has witnessed the growth of Richard Irvin by evolving into several locations in Aberdeen, Stirling, Edinburgh, Glasgow and Inverness.

“Our approach to business reflects not only the needs and priorities of our customers but also the ambitions and aspirations of our people... We have worked with Intellicore for over 10 years and they continue to add value to our business.  The team have worked on many line-of-business software systems and integrations that touch most areas of our business. The longevity in our relationship is evidence enough that their service is first-rate and as such we highly recommend Intellicore as a software partner.”

Over the ten year period Intellicore has worked on phases of multiple projects which in turn creates the best processes and tools for the Richard Irvin team to improve in various area of business.

Back in 2010, the IT team at Richard Irvin first called upon the services of Intellicore to develop an enterprise system, especially for the facilities' management field, expecting to update the companies somewhat outdated technology, improve its business processes, enhance its data capture and accessibility and move the business toward a long-time goal of a growing a unified group of offices throughout Scotland.

Intellicore CEO Barry Booth met with the Richard Irvin team and conducted various consultancy meetings to ensure that the initial discussions were carried out to define, understand and manage its data and business processes for the better.

The Intellicore team led by Barry are an experienced group of top-level strategists and leading technologists were able to provide the team at Richard Irvin exemplary advice, guidance, planning and execution strategies, as it does for all of its projects in enterprise data management, data governance, data warehousing, business intelligence and enterprise architecture.

As the teams grew over the last ten years so has the evolution of technology, development and most importantly how end-users use technology. There has been rapid technological advancement that allows companies to interact fully to both local and global markets and grow business.

Here are just some of the projects that the teams have worked on together:

Like many service providers, Richard Irvin historically used a paper based system and other disparate systems for their engineers to receive jobs, keep time sheets and report that jobs were complete.

This process became outdated and Richard Irvin recognised the importance of keeping data electronically and modernising their business process in order to be competitive, profitable and at the cutting edge of their marketplace.

Richard Irvin approached Intellicore for the production of a bespoke end to end job management system.

The goal was to have a system that allowed for easy generation of jobs and service activities over a given time-period. This would allow Richard Irvin to fulfill their contractual obligations with clients in the most efficient manner by utilising a bespoke software solution.

We moved Richard Irvin to an electronic data collection method so that their engineers could save time by sending data directly to the office staff and vice versa. This system allows for increased data security as well as savings in both time and money across the board. Individual jobs could be invoiced as soon as the engineer was finished on site as the data was sent immediately to the office team for processing.

Intellicore developed an on-premise internal Microsoft Dynamics CRM system by customizing the previous business processes within the CRM environment. By extending the existing capabilities of Dynamics CRM, we allowed the system to push information to the Richard Irving Engineers via a PDA platform, ensuring that the engineers had the information they needed at hand. The system also allows the engineers to send completed job sheets, certificates and time sheets via the PDA back into Dynamics CRM via a bespoke written web API written with C# leveraging the .NET platform.

Another significant element of the system was the timesheet export process. This allowed, at the press of a button, a back-office user to generate payroll for all engineers for an entire week. This streamlined operations and ultimately increased efficiency.

The benefits of this system are numerous. The fact that paperwork has been replaced by this system is perhaps the greatest benefit. No longer do Richard Irvin rely upon paperwork being completed properly, stored safely and processed regularly. The bespoke software solution created by Intellicore allows them to process everything immediately whether online or offline.

The engineers can now attend more jobs due to this increased efficiency in back-office process and thus be more profitable for the business as a whole.

Ultimately, the system has allowed for the streamlining of many different aspects of Richard Irvin's day to day business.

Richard Irvin already had a Dynamics CRM implementation (also developed by Intellicore) which, among other things, included job-management and scheduling for the engineers using their PDAs and the in-built scheduling engine for Dynamics CRM.

The company wanted to easily generate jobs and service activities over a given time-period, to complete services on properties that required them based on contracts they had in-place with their customers.

The solution we developed consisted of an ASPX web-page and two custom workflow activities.

The web-page allowed the user to enter the criteria of the service run including:

Upon completing the form and submitting, a service-run record would be created which would trigger the first of two custom workflows.

This first workflow is the most important in that it does the actual creation and scheduling of jobs within the system, based on the provided criteria it looks for properties linked to the selected contract that require a service and generates cases and activities accordingly. Engineers are assigned to these activities based on their availability in the service calendar over the chosen time-frame.

The benefits this solution provided are clear. It massively reduced the time required to generate jobs in a given criteria for engineers as well as improving the companies efficiency and meeting contract obligations.

Richard Irvin already had a Dynamics CRM implementation (also developed by Intellicore) which, among other things, included time-management for the engineers using their PDAs and timesheets. The company wanted to streamline the process of getting this data from the CRM system to their PAYE system.

At the start of the project, all the CRM system did in terms of time-management was record the time the engineers had been working on a given job. This included information such as the property, whether or not it was a call-out, the related customer and the start and end times (among other things). The values of the different variables of a job would have an effect on the pay and cost a job would generate.

As well as the above, there were different pay/cost elements that needed to be taken into account. For example Monday – Friday from the hours of 8am and 5pm would be cost and paid at normal rates, however from midnight - 8am might be at time and a half. Whether or not the job was a call-out would also affect its cost/pay as well as if it was on a weekend.

It was evident there was a lot of complex logic to generate, however once it was generated an output file was produced which could easily be imported into a separate PAYE system. This could all be done at the press of a button.

The benefits this solution provided are clear. It massively reduced the time required at the end of a week to complete pay-roll and removed the possibility of human error.

Richard Irvin’s Dynamics CRM implementation needed to be extended to allow engineers and head office to easily keep track of jobs. As Richard Irvin was a large, national company it needed a more efficient mechanism to distribute jobs to the engineers and to allow those engineers to update head office in a way that wouldn’t interfere too much with their day-to-day work.

The solution we developed consisted of three main parts:

The first part of the system was the CRM implementation around the service-calendar. This included several customisations to existing entities as well as the addition of several new ones such as properties, certificates (see ‘Richard Irvin – Certificate Management’) and timesheets.

The service calendar itself allowed users to schedule in jobs for the engineers, once these jobs (service activities) had been scheduled in, the custom plugins that had been developed, would trigger this would then push these activities to the middle-ground web-service and onto the PDAs.

The engineers would then update the job status on the PDAs, such as ‘On-Site’, ‘On-Route’ and ‘Work Complete’. These updates would be sent to the middle-ground web-service and then back into CRM.

Once CRM received the updates from the middle-ground further plugins would trigger, updating service activities, jobs and properties (among other things).

The benefits provided by this system were profound:

The above solutions are just a taster of the work that we have carried out during our ten year relationship with Richard Irvin. As Intellicore has grown, so has technology capabilities and changes in the desires of a modern workplace that the Richard Irvin team represent. Our journey wouldn't be where we are today without clients like Richard Irvin that have evolved with us through our need for technology to help us thrive.

"From our conceptual meeting with the team at Richard Irvin it was incredibly important for me to ensure that we fully understood Richard Irvin as a company ensuring we covered all bases ensuring we gathered detailed knowledge about the company, including its current and future goals. Having continued from that first meeting to having a decade long portfolio of work is very unique in our industry, thanks to clients like Richard Irvin and a strong team at Intellicore they have helped shape Intellicore into what we are today.”

Is your company app ready? We can help you develop the software that will hit all your business goals.

We have worked with Intellicore for over 10 years

“They continue to add value to our business. The team have worked on several line-of-business software systems and integrations that touch most areas of our business. The longevity in our relationship is evidence enough that their service is first-rate and as such we highly recommend Intellicore as a software partner." 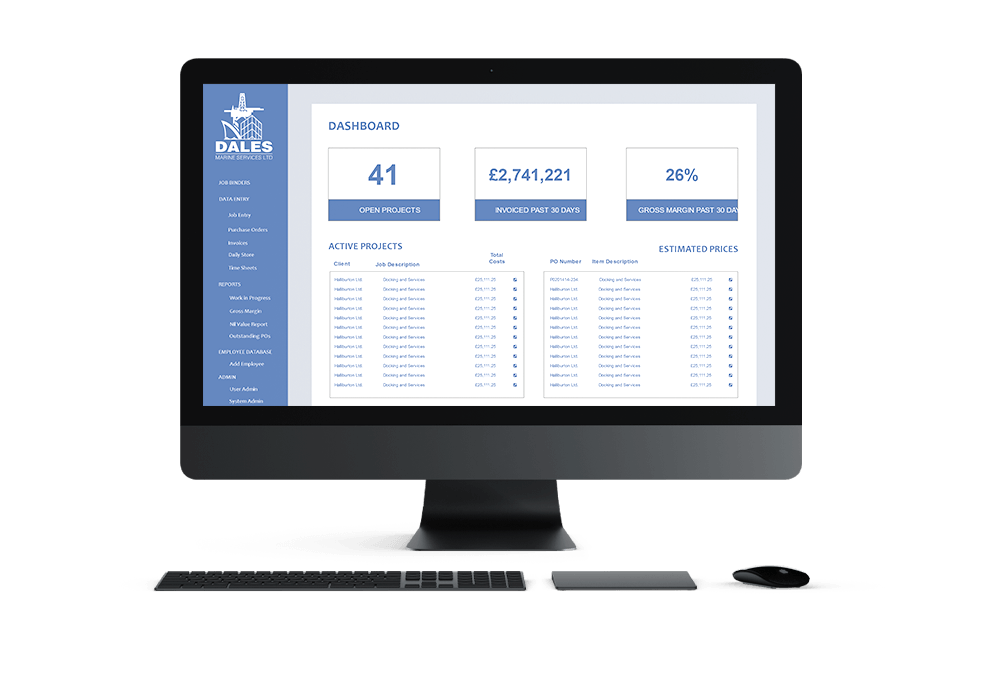 Smooth operators: Intellicore works with Dales Marine in replacing an operational database that is in need of an overhaul 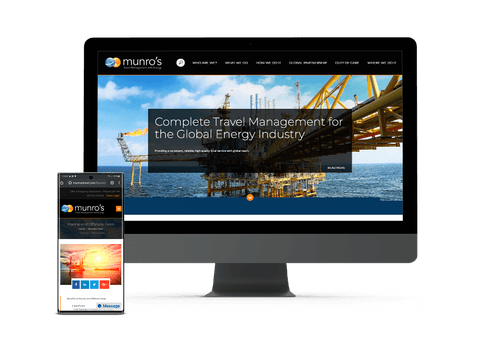 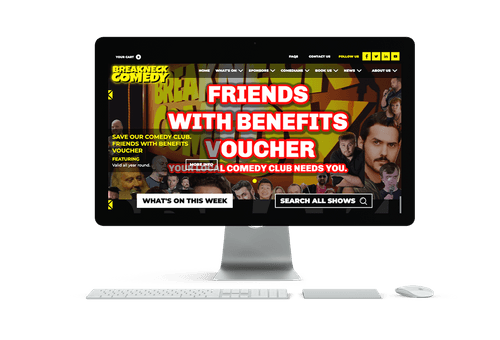 Drawing in the crowds:  read all about how Intellicore developed a new website for Breakneck Comedy that would build bigger brand awareness 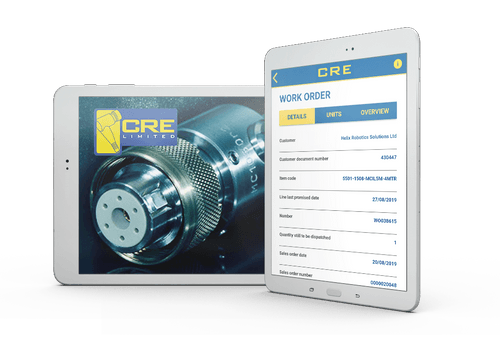 How to achieve greater customer satisfaction: Intellicore creates software for CRE Marine that keeps everyone on the same page 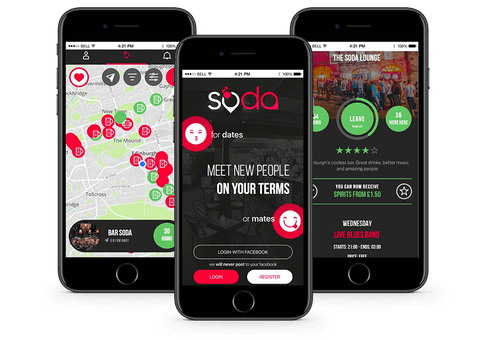 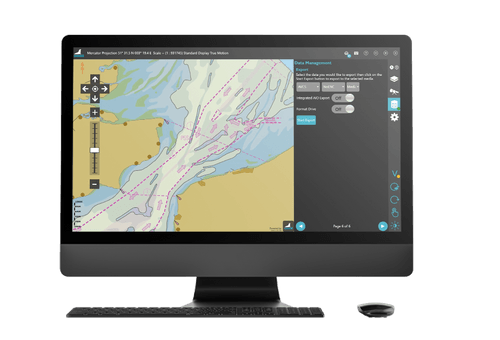 Sign up and get frequent cutting-edge technology insights delivered to your inbox.  Just fill in your name and email address below and we will do the rest.

Thank you! Your submission has been received!
Oops! Something went wrong while submitting the form.
CONNECT WITH US!

Hey Wait, where are you going? why not keep browsing